During their heyday in the 1990s, From Good Homes (FGH) recorded for RCA Records and shared the bill with notable acts ranging from Bob Weir’s Ratdog, to Bob Dylan to Dave Matthews Band.  Seemingly at their peak in 1999, the band went on an extended hiatus lasting 10 years until 2009 when the original members – Todd Sheaffer (now best known as the lead singer/songwriter of Railroad Earth), three-time Grammy nominee Brady Rymer, singer/songwriter Patrick Fitzsimmons, horn player and producer Dan Myers and talented multi-instrumentalist Jamie Coan – re-grouped to play a series of shows just before Christmas at the Wellmont Theatre in Montclair, New Jersey. 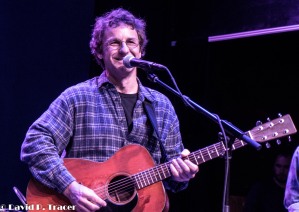 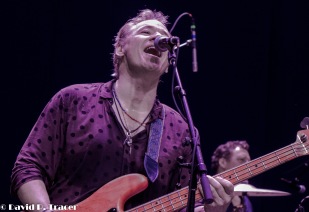 Since 2009, the band has continued to play several shows annually but the multi-night run just before Christmas has now become a tradition that Homes fans eagerly await.

This year, as in 2015 and 2013, the annual Christmas run took place at the Newton Theatre in Newton, NJ, just a short distance from the band’s original stomping grounds in Sparta, NJ.  From the opening notes of “Wide Open Wide” (aptly listed on the setlist as WOW) which began the run, the sold out Friday and Saturday night shows featured a mix of classic FGH  tunes ranging from rockers like “Cool Me Down”, “Let Go”, “Radio On”, “Second Red Barn on the Right”, “Parachute” and “The Giving Tree” to sweet ballads like “Scudder’s Lane”, “Boulevard of Dreams”, and “The Decision Song”.  The two evenings also featured several rare “chestnuts” from the band’s early days that reappeared to the delight of the audience including “If I’m Not Mistaken” and “Safer Ground”.  FGH frequently play interesting covers at their Christmas run and this year was no exception.  There was tribute paid to artists that passed this year with David Bowie’s “Let’s Dance” tucked into the middle of FGH’s “The Butterfly and The Tree” on Friday night and Prince’s “Little Red Corvette” as the filling in the middle of the song on Saturday night.  The band also paid tribute to Leonard Cohen with an absolutely gorgeous performance of “Dance Me to the End of Love”.  Recognition was also given on both nights to this year’s very-much-alive Nobel Prize in Literature winner, Bob Dylan, with a rendition of “Rainy Day Women #12 & 35” that had each band member taking a verse (some Dylan’s verses and others, unique verses seemingly made up on the spot) and “I Shall be Released” featuring drummer, Patrick Fitzsimmons on vocals. 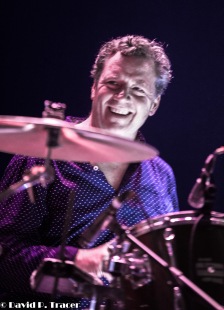 Some newer songs were introduced including a sweet instrumental tune composed by Jamie Coan and Brady performing “One Day by the Riverside” off his new Grammy-nominated album, Press Play.  Todd amusingly introduced that one by saying that it’s the “third  Grammy nomination and if they don’t win this time, we’re gonna demand a recount!”

Although FGH has become a side occupation for each of its members, they seem to coalesce rapidly at every show they play into a well-oiled, jamming machine.  Their annual holiday shows  are a great excuse for a vacation to the beautiful wooded environs of Sussex County to take in a band that invented their own rootsy American genre dubbed ‘Hick-Pop’.   They are certainly worth the trip!

Set I: Wide Open Wide, Celebrate, Driving and Crying, There She Goes, Ride All Night, Where Songs Begin, Scudder’s Lane, Let Go, The Butterfly and The Tree/Let’s Dance

Set II: Comin’ On Home, Don’t Let Go, Cool Me Down, If I’m Not Mistaken, Slipping Into the Black, Enjoy Yourself (It’s Later than You Think), Bang That Drum, Second Red Barn on the Right, Head, Dance Me to the End of Love, Fruitful Acre

Set I: The Old Man and the Land, Suzanna Walker, The Giving Tree, House on a Hill, The Butterfly and The Tree/Little Red Corvette, I’m Your Man, The Decision Song, Dance a Hole, One Day by the Riverside, It’s Getting Dirty

Set II: Radio On, Parachute, Safer Ground, Go Wild, Way Down Inside, I’m a Mess, Second Red Barn on the Right, Boulevard of Dreams, I Only Want, Charlie Loves our Band

Encore: Jamie’s Instrumental, I Shall Be Released, Raindance

The Butterfly and The Tree/Let’s Dance:

Enjoy Yourself (It’s Later Than You Think):